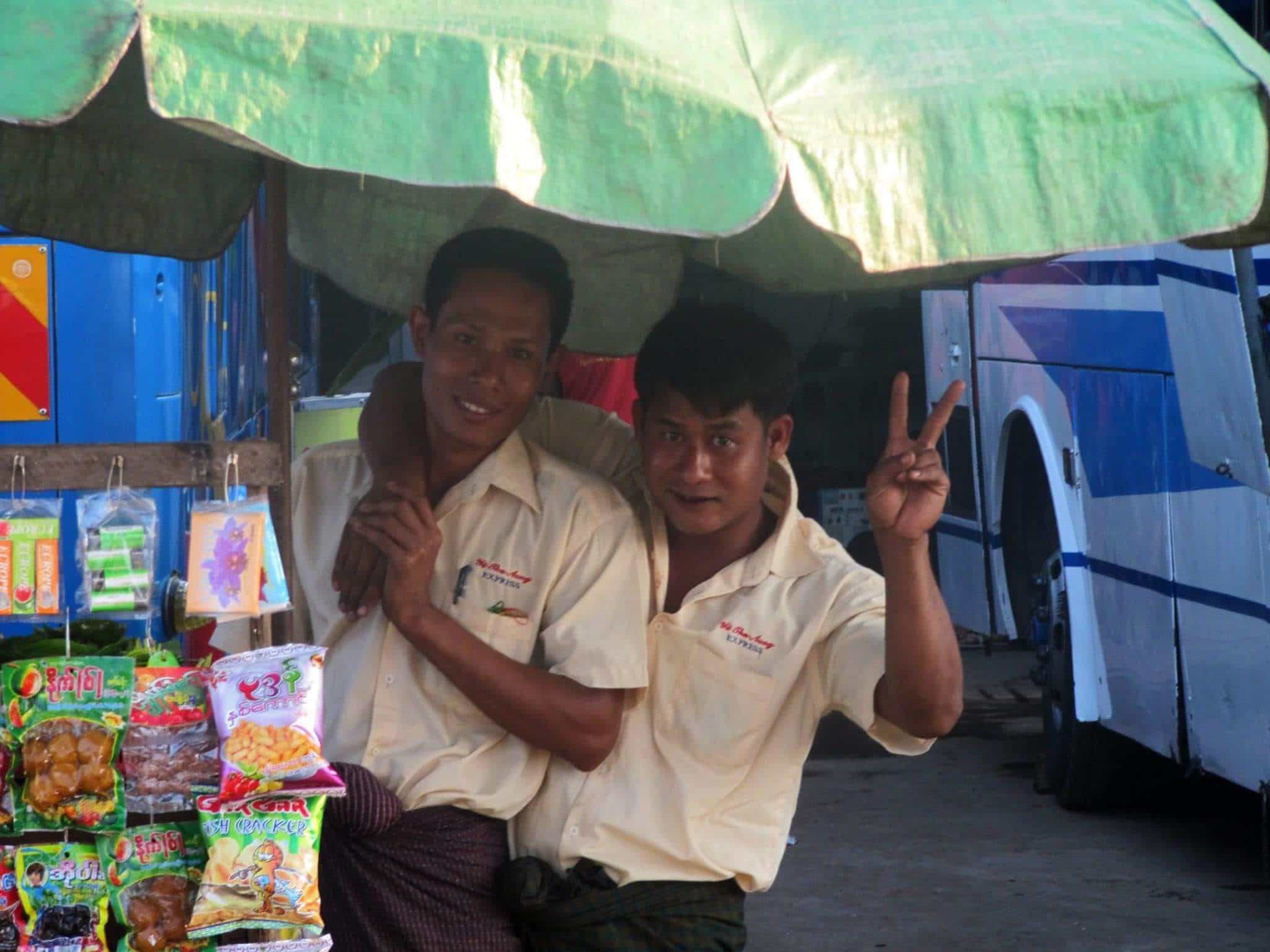 The first time I set foot in Africa, my heart was shattered into so many pieces that I believed I could no longer put it back.
I was devastated by the poverty in which much of the population lives, but above all I was thrown into the greatest uncertainty: how to behave with them?

It is not easy managing relationships in such realities when sooner or later you will be told stories and you will be left bereft with only one wish: to “do something” to help them. But you simply can’t help millions of people, not on your own, not all.
Not to mention children.

The children of Africa somehow are those who captivate you, with their round faces, the ragged clothes and a huge smile. They are the same ones who would run towards you, some jump right into your arms, some kiss you, while others hold your hand until they reach the corner where they have to turn to go back home after school. Children 4 years old going to school and going back home on their own without a mother and a father to accompany them. Children who most likely, do not have a place to eat and meals are reduced to 1 a day.
No use denying it. Faced with these scenes also the heart of the toughest would melt and couldn’t resist.

Things get complicated when requests start coming in, because in the past they have been granted, but I believe more that they “have been induced” by those who were in this same place before us.
Little gifts being distributed as if you were the next benefactor come to town, even worse money, thus creating a sort of belief that to white skin corresponds inevitably welfare and therefore automatic request for something.

Travelling ethically also means being hard at times and not give in even to the most beautiful eyes in the world, but consider carefully what to give and whom to give it to, how to behave in certain places, learn how to respect the people and the workers of the land in which you are a guest.
It means living the journey as leisure time never losing sight of some collateral events that may have affect the population, but contributing actively without having to impose our own concept of avant-garde, democracy and progress, by respecting first the traditions whose meaning is often hard for us to fully understand.

What follows is the result of my years of travel and reflects everything I have done, often adjusting my acts when I realized I did something wrong, and that now every time I find myself in a new situation makes me proud of the little good deeds I was able to do.

Distribute your money and buy local

To purchase souvenirs, for eating, for local transport ( tuk tuks, motorcycles etc ) always rely on different people and enterprises. Let a person work one day, and therefore earn something and the next day choose somebody different, so that more people may benefit from more working opportunities.
In most of the countries I’ve been to, people want to work and earn honestly, not stealing from your wallet, but in situations in which everybody would sell the same things, as it is the case of souvenir shops, buy more items in different stores, contributing in one go to the welfare of many.

It is the hardest thing to do. Saying no to those children you see poorly dressed and malnourished.
But do not give them anything. Invite them to the restaurant, and make sure that they eat with you, but do not give money, nor candy, neither pens, nothing at all.

If you want to make donations of this type contact some reliable NGO or go directly to the schools and give your donations to the headmaster or whoever it is in charge of the management of the structure. This money, or gifts, will be distributed among children and especially … they wouldn’t cause caries in their teeth!

Bargaining is fine, but let the local earn something

Unfortunately I have heard comments from members of African tribes, so not the most advanced in the earth, and I was told how often the tourists treat them as hopeless poor and do “charity” or bargain until in the end they pay what is right but claiming to be heroes to be worshiped. When in fact the picture that emerges is exactly the opposite.

Bargaining is a practice in some countries, but it is not in other (good to be informed on how to behave because each case is different), but to demand that you pay at cost price or for the seller to just earn a few cents, as here they can live on $2 a day, denotes a lack of respect for those who work hard every day hoping to bring something to eat at home or allow a decent life for their children.

Bargain, but do not take advantage of people using excuses to cover your guilt. They work as well you do and they too have a family to care for.
Do not treat them as if they were “people of the third world” but respect them for the hard work they carry on every day and give the right retribution without taking any advantage.
Remember that in many countries tipping is compulsory or anyway highly appreciated.

Learn the basic phrases in the local language

You can’t expect that everybody would speak your own language outside of your country, although English is a common language in some areas of the world it is not widespread however.

Learn the words of courtesy, thank you, please, and a few key phrases to communicate with local people, at the beginning it will be a great effort but they will appreciate it and they will be very pleased to know that even if you’re there for tourism you do not forget to be polite in their language.

It has happened on any occasions to travel long distances by bus or boat and making friends with the locals, so on arriving at the docks or stations, since I had to take a taxi anyway, I offered a lift, until we got to stay in 6 on a tuktuk ( normal thing in Africa ).
Many of these people can’t afford a means of transport to get home and this small gesture, that doesn’t cost more than it should, gives a sigh of relief to those who otherwise would have to walk for kilometers perhaps with a suitcase balanced on the head and two young children holding hands.

Go where you can afford to go

The fact that a country is very poor does not necessarily mean it’s cheap to travel or that the locals are earning millions. Simply there are places that for different reasons, national parks or lack of alternatives, etc., are expensive and it is not even rare the case that in order to make you pay less those who work to make your stay perfect is not remunerated.
If you are traveling in countries where the standards you are used to are expensive and your budget is lower, adjust without expecting what you would find in your own country.
As you see in the picture below for $ 10 per night these were some of the rooms that I had in Africa, otherwise I would have to pay $ 90.
I got used to it and I did not complain, either that or I wouldn’t have been able to go at all.

Do not be critical

Do not expect the same standards that you would have in your country, nor to the same timing and remember that in many countries life flows more relaxed, luckily, and the stress of having everything at once is not part of their culture.
Be understanding and do not complain if in the heart of the Omo Valley there is no electricity or wifi or if in the heart of the Amazonia there are too many mosquitoes or that the buses are too slow and uncomfortable.
You chose that destination yourself and it is you who need to adapt, so don’t look critically thinking as if I were at home and don’t take anything for granted.

Behave according to the social and religious rules of the place

I do not think you require too many explanations: if you are in a Muslim country, even if you’re at sea, avoid going around half-naked or in bikini as if you were in Ibiza, respect the social/religious traditions of the country that is hosting you.
If you do not like it change destination and go where the behavior you want to maintain is widely accepted and you can feel free to do whatever you want. Otherwise respect the thoughts of others, even if you do not share it.

Give yourself some time to be with people

For me this is the sense of travelling, for others it may be to see as many things as possible and make tour de force in which the locals become “the laggard driver”, the “arrogant receptionist”, “the slow waiter”.
Our contact with them is limited to official contacts which can’t be avoided.
Instead give yourself some time to have a chat with them, they will become the gateway to worlds otherwise incomprehensible whose contact maybe will let us see the same place with different eyes.

Make the world a better place to live…for everybody

Travel to discover the world but also to make it better, and do for each and everybody.
Your presence is very important, you are the window on a world that very few of them will probably ever see, except on television and the internet.
Let them come closer. Get closer yourself. Learn to travel ethically, by looking at those living the places you’re stepping on and never forget them.

Why do we travel? 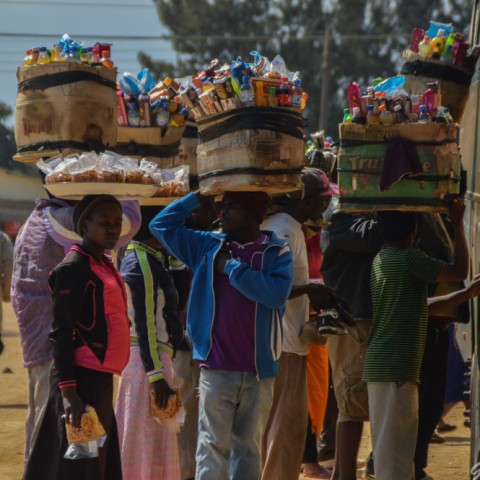 What you need to know for planning a Trip to Tanzania