Bogota, like the greater part of the Latin capital Cities, is a city that over the years has changed rapidly and it is enough to make a return there a few years after to understand how this evolution has completely enveloped it.
Many years ago, the penetrating odour of gasoline could be smelt and a moment later that of the cows grazing in front of a dairy, farmers bringing mules loaded with colorful fruit and skyscrapers, sumptuous villas and slums.

Viewed today, many rural legacies have disappeared to make way for a traffic that is insane, but the contrasts are still there, all right. The mountains, called los cerros, observe unchanged these changes and orientate the greenhorn visitor just like los Bogotanos too.

Incline your heart to them, sacred to the ancient Muisca people, and on your right is the south, on the left the north. This is the fastest and easiest way to orientate yourself, especially if you have only a few hours to spend in the less valued city of Columbia and where, usually, the tourists do not have much interest to remain.
It is certainly not a “love at first sight” city, made to please, made for tourists. It is not an easy city, neither to understand nor to love. In the sky there are almost always clouds, in a day you can pass from spring to fall, then when the sun comes out, betrays. You have to take it or leave it, to love it as it is, plain and unvarnished.

Bogota is not even an indifferent city when you come from outside, from far away.
It will not let you wander around taking pictures of the monuments and of the churches, as if it were a museum: the eyes will scrutinize, the radios playing a salsa or a reggaeton, the seventies rock bands playing in the road, the hawkers shouting.
Maybe that’s why the Gold museum is so magical: in addition to being huge and well-kept, it is an oasis.

The official site is the Gold Museum of the Banco de la Republica. .

If I had only two days in Bogota I would not do anything else but to slip inside and spend a day there.

If it was my first day in Colombia, it would not have been better spent, because what shocks and at the same time what makes it more risky to stay in this country is the non – knowledge: it is necessary to make a leap in time and retrace the history of the indigenous peoples, their beliefs, the beauty of their art.

If it was my first day in Colombia, it would not have been better spent, because what shocks and at the same time what makes it more risky to stay in this country is the non – knowledge: it is necessary to make a leap in time and retrace the history of the indigenous peoples, their beliefs, the beauty of their art.

Then again to plunge back on the streets, buy an aromatic water from a hawker and walk along the seventh street observing the various street performers, like the living statues that come to life with a few coins; stopping finally in the Plaza Bolivar, the main square of the city.

How to move around – Bogotà’s Transport

Taxi drivers will become a bit your advisors: there are two types, the white ones that are more expensive and the yellow ones quite cheap, they must have a taximeter and a tab (behind the seat to the driver’s right) showing full name, registration and rates.
I had been well stuffed with horror stories about the misdeeds of the taxi drivers and so, at the beginning, like an FBI agent, I asked: But how come we are taking this road, but here is not the other side etc.

Then, knowing more about the city I calmed down, and indeed it was me who asked a lot of questions and sometimes they themselves to give me advice. Once I gained familiarity with the city I was moving easily on the TransMilenio and even on the buses.

The TransMilenio is the rapid public transport system of buses, of Bogota.
The buses use diesel as fuel and travel on the fast lanes for their exclusive use, from June 2007, run through the entire city with 9 numbered lines alphabetically from A to J.
The official site is TransMilenio

Even from the airport you can reach the city center with a simple ticket for 2000 pesos, which takes you straight to Candelaria, Las Aguas stop. Do not go crazy to understand how the Transmillenio works, it certainly has a logic, but not necessary for us to know, it is easier and quicker to ask the staff that deals mostly to check that people do not climb over, so very willing to give information to those who are visiting.

La Candelaria is the colonial style district of Bogota, very close to the mountains and characterized not only by the Spanish colonial architecture but also by Baroque buildings and art deco.
Not only it is high up but it is also very quiet: you have the impression of being in a small mountain town also because of the way of living there.

Who lives there does everything: shopping at the market or in the tiendas, dining in restaurants at 6000 pesos, in the evening in the Chorro de Quevedo to listen to the show of an actor or one of the many salserias or places with live music or discopubs like the Candelario.
Besides the Gold Museum here there is also the Botero museum, for more information Botero Museum.

Besides the Gold Museum here there is also the Botero museum, for more information Botero Museum.

If you are on your own, in this neighborhood you will make a lot of acquaintances in the hostels (where I recommend to stay overnight, they also have private rooms and different levels) and it is great for organizing the climb up to the sanctuary of Monserrate, the beautiful view of Bogota, as well as religious symbol of the city.

That was what I did with an Italian traveler, an English girl and a Japanese globetrotter. We climbed the stairs during the day, because in the dark hours several cases of assaults had been reported.

It is not an impossible path, I would say a medium-intensity trekking. It is also true that the next day because of the lactic acid, I was walking a bit limping, but I was not enough in training for the steep climbs of the Candelaria!
In truth, even upon arrival in Bogota it happens that people feel sick, but just let a couple of days go by and usually you will get used to it. To Monserrate, if you do not have time or desire, it is also possible to go up with the funicular.

I have seen many, staying in reception, and my conclusion is that they remain especially for the nightlife.

A half-drunk tourist alone around Bogota is not really a good situation. It is for this reason that the “party buses” have been established with Colombian guys who guide you, tempt you, take you to various places and then bring you back home safely!

We were taken to a place in the Rose area, that is, the chic area located at the Calle 85, where they played a bit of everything in addition to the inevitable local dances and then in the very underground “Berlin” which, as the name implies, does long techno evenings until dawn. It was New Year’s Eve 2014!

If you have particular tastes the Bogotanos (also called rolos) can indicate clubs that are right for you, remember that they are very jolly and open-minded. You will realize that the idea that in Latin America they have poor work ethic is a bit of a distorted idea. The relaxed attitude is just an attitude: in Bogota they work with the same passion with which they party, exaggeratedly.

Other faces of the city: graffiti, the “Bronx” and the obsession for beauty

Maybe staying in Candelaria is like seeing only the good part of the city (although it is still an insecure area) or the most “European” part, so if you want to go a bit further out.

I would advise a simple ride on the Transmilenio that goes from the center to the north , which is the richest and most modern part of the city with shopping centers (expensive: what in Europe is of excellent quality there, if you find it, costs twice), exclusive neighborhoods, parks; or get inside (daytime only) for the market of San Andresito just west of the Candelaria, where they sell everything relating to computers, cell phones, watches, cameras at low prices, clothing (costs as much as it’s worth) and in the vicinity of the Bronx , where the prostitutes work night and day and the casinos are always open.

The bicycle is very much used by Bogotanos, so much so that on Sundays in most parts of the city there is blockage of the car. Taking a guided bicycle tour is a good way to spend the little time left, and if focused on the graffittis, even better.

To learn about the Street Art in Bogota this page Bogotà Street Art could be of interest to you.

Bogota is littered with graffiti, some of large dimensions. Wherever you are walking, that which is ubiquitous is the sanctuary of Monserrate, the mountains and them: the graffitis. These three elements identify the city.

The craze for beauty – The Beauty centers

The Colombians take a lot of value to have hair, manicure and pedicure perfect, so it’s full of hairdressers who do the complete service, including full hair removal. They are very good and have very low prices.
Be careful for the haircuts because almost nobody have short hair so they cut a bit at random.

They are experts in the coloring treatments and straightening, which is very fashionable. If I were you, before going to other places in Colombia where you will not find the same professionalism, I would treat myself to a few hours of beauty!

After all, anyone who travels to Colombia is found for different reasons to go to the capital, and this is how many travelers come together exchanging information and perhaps continuing with someone to itineraries that they had not anticipated.

It is, in short, a meeting place, or of passage for neighboring towns like Suesca, Zipaquira and Villa Deleyva or as far away as the Caribbean coast or the Amazon, by air or by land. 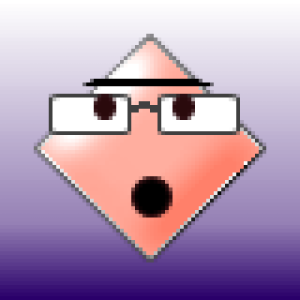