Japan is an archipelago made up of 4 main islands (Honshu , Kyushu , Hokkaido and Shikoku).
Its capital, Tokyo, is one of the most populous cities in the world, about 20 million inhabitants in the whole metropolitan area.

The land of the Rising Sun is one of the most technologically advanced and among the safest countries in the world.
It is easy for the tourists to move around , in fact, the rail network is very vast and efficient.
Many consider Japan an expensive country to visit, but with a little bit of prudence you can visit it without spending a fortune.

Follow the practical information (hotels and flights) and the itinerary and make of your dream a reality without spending lot of money as you might think! 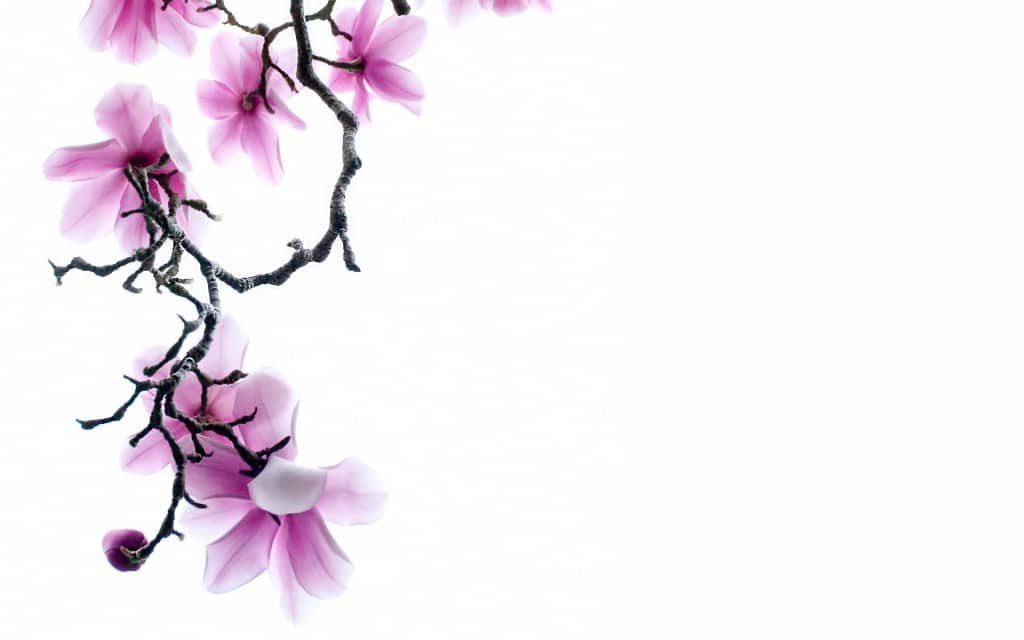 How to plan a trip to Japan

One of the highest costs is the airfare, depending from where you fly from the costs can vary from €500 up from Europe.

I usually check flights on Skyscanner

Where to stay in Japan

Japan is not known for low costs but as for the rest of Asia, the site that I would recommend for reservations is AGODA.

A site born and specialized in hotels and lodging facilities in Asia and South East Asia. Often you will find offers of hotel with discounts up to 70%.

Another site I often use is the well-known Booking.com but lately I prefer Agoda as the better discount and offers. Booking is worth a look anyway, check the hotels I recommend, you might find them interesting (and convenient!!).

With the necessary premises done and having listed the costs that incise the most in the realization of this trip, it is time to illustrate the itinerary of travel.

The travel itinerary I’m going to describe is based on the fact that you will arrive in Osaka and from there leave for Tokyo (of course you can also do the opposite way). At the end of itinerary a summary on the overall costs of these two weeks of travel .

Are you ready to travel to Japan? Let’s get started!

Day 1 – Departure and flight to Japan

The first day will only serve to get to Japan . In fact there are 7 hours difference (8 hours during winter time ) and the direct flight takes about 12 hours. So if you leave in the morning from Italy , you will arrive in Japan on the morning of the next day .

The arrival is at the Kansai International Airport, about 60 km from Osaka and 100 km from Kyoto . The advice is to find a hotel in Kyoto and use it as a base for the first week . Soon you will be catapulted into the efficiency of Japanese trains , punctual to the minute , comfortable and very clean.

In Japan there are two types of hotel , those in Western style ( the same as ours ) and the ryokan ( Japanese-style hotel ) where you sleep on the futon (mattress ) laid out on the tatami ( mats that cover the floor ) . The best areas to stay in Kyoto are the station area , the Gion district , or close to Nijo Castle ( I recommend the hotel Kyoto Kokusai).

Where to stay in Kyoto 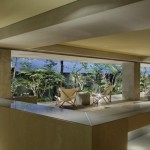 Modern and minimalist Japanese-style hostel , a short walk from Sanjo Station on the Keihan line, from Karasuma Station on Hankyu Kyoto Line and from the Kyoto Shiyakusyomae Station on the Tozai Line , the hostel offers double rooms from € 70 night and dormitory beds from € 25 . Breakfast is included.
Book now 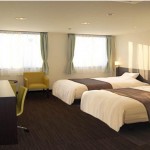 Just 80m from Ishiyama Station , clean and made even better by an impeccable service . The rooms generally cost € 110 but on the site you can find offers at € 46 plus taxes and service charges. The center can be reached in 15 minutes by train ( JR train) , the stop is a 5-minute walk from the hotel. 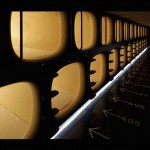 Maybe a try for the curious because you sleep in capsules but if this is the experience you’re looking for then this comfortable hotel is the right one . Central , clean and equipped with all comforts , double capsules from € 61 ( + 12 % tax and service ). 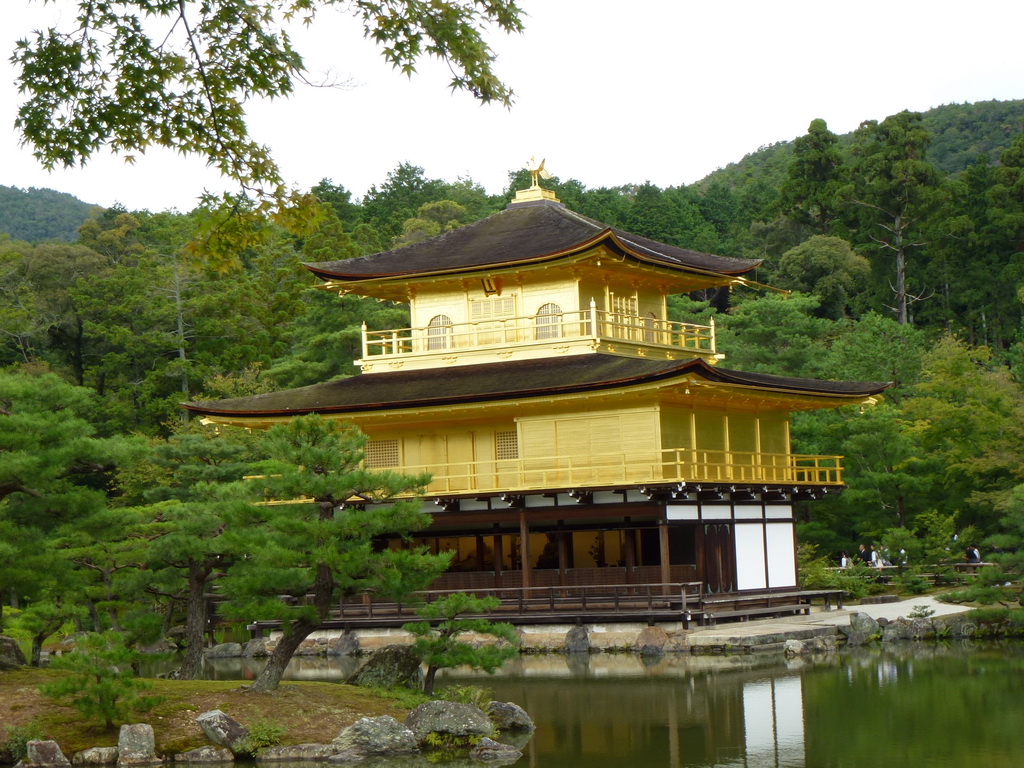 The Japanese breakfast is based on fish , but in the hotels you can easily find the western ones. If you want to save some money you can buy croissants ( about 110 yen ) and various pastries in many combini ( minimarkets opened 24 hours on 24, 7 days out of 7 ) scattered around the city.

We will dedicate three days to the visit of the city , dividing it into zones . The northern part of the city where the famous Kinkakuji ( Golden Pavilion ) , the Ryoanji temple (with its Zen rock garden ) are found.
The eastern part with the Ginkakuji ( Silver Pavilion ) , the Kiyomizu-dera Temple and Gion ( the geisha district) . Finally the central part with the Nijo Castle and a little further south the Fushimi Inari temple with its path lined with red tori gates . To move around in Kyoto use the buses ( daily subscription 500 yen ) that cover widely the city.

From the sixth day we will begin to use our Japan Rail Pass , a seasonal rail ticket dedicated to foreign tourists ( and only purchasable abroad before you leave) which has a validity for 7 , 14 or 21 days and allows you to take all the trains (except a particular type of shinkansen , the bullet train) of the state company JR . The cost for the pass of 7 days ( the one we will use ) is 28300 yen . 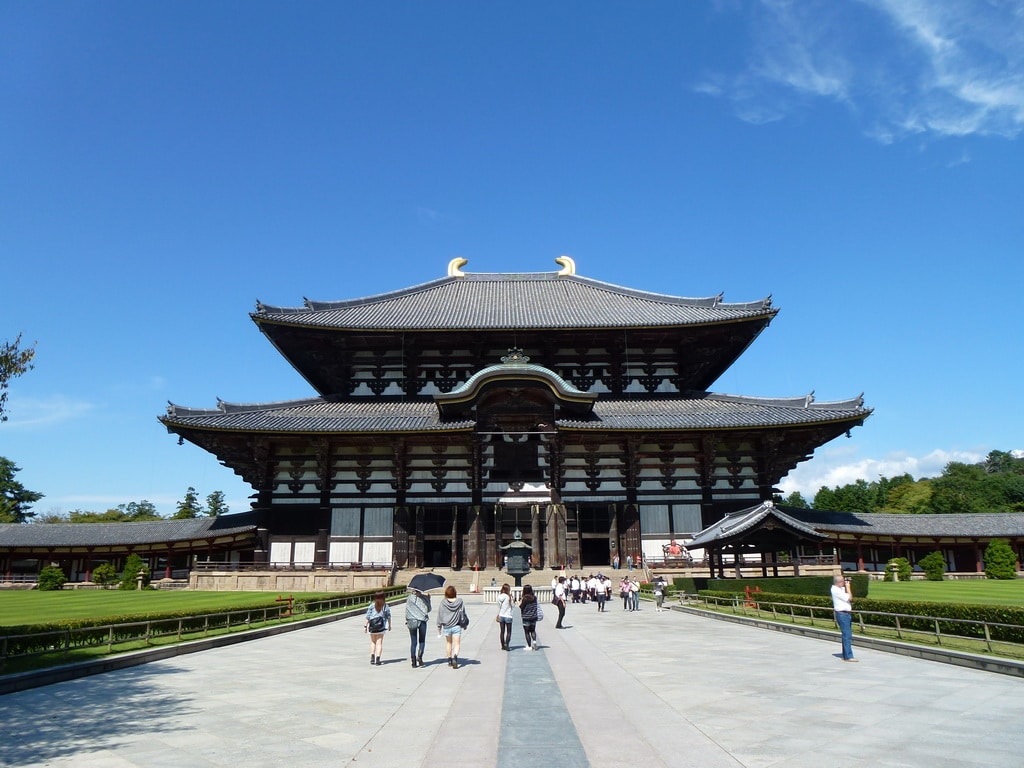 Hiroshima and Miyajima Island is the next stop . Hiroshima does not need descriptions .
Miyajima is an island off the coast of Hiroshima . You can get to the island by ferry (included in the rail pass ) and can see one of the classic landscapes of Japanese postcards , the temple of Itsukushima with the red torii in the midst of the ocean ( the torii are propitiatory doors ).
Back to Kyoto for the night.

Osaka is the third largest city in Japan and the commercial and economic center of the country . Not much to see and the main attractions are the castle and the Umeda Sky Building . The Osaka cuisine is considered one of the best in Japan .
Back to Kyoto for the night. 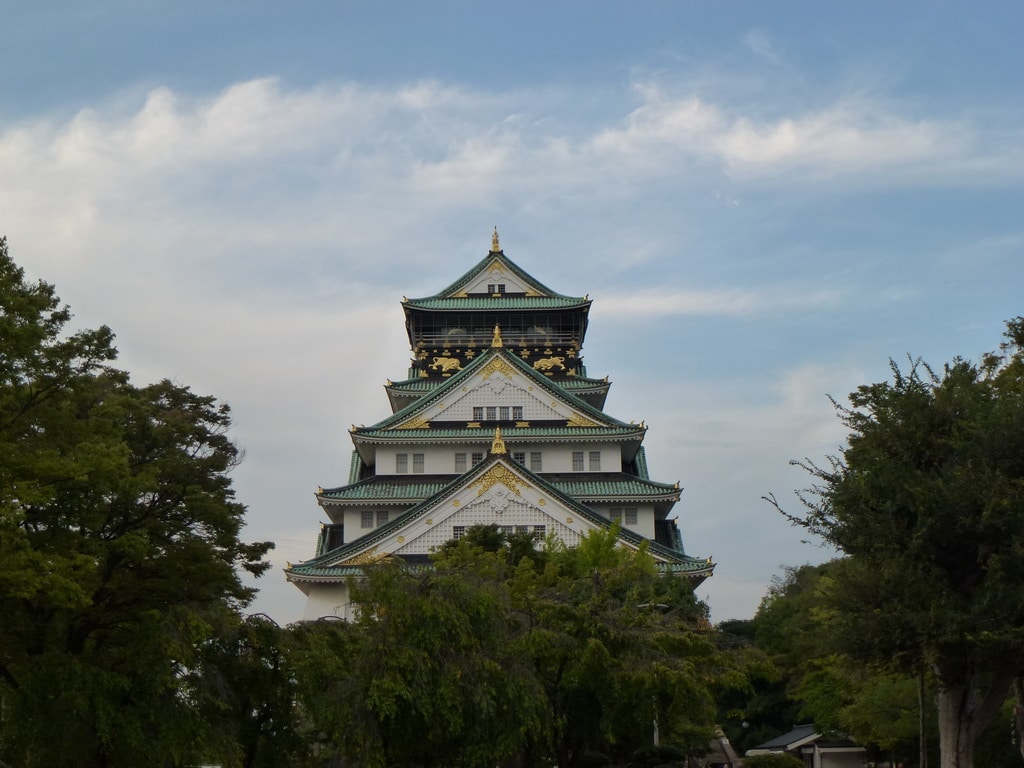 We move from Kyoto to Tokyo with the Shinkanse superfast train, which connects the two cities in little less than three hours. If you are lucky before arriving in the capital you can admire Mount Fuji. Tokyo is composed of 23 districts and the major ones to visit are : Shinjuku , Shibuya ( with the statue of the dog Hachiko ) , Akihabara ( electronics and manga district ), Ueno and Asakusa ( the most traditional area ) , Ginza , Roppongi and Odaiba . Almost all of these neighborhoods are connected by the Yamanote Line , a circular railway line , operated by JR and therefore included in our rail pass.

Where to stay in Tokyo 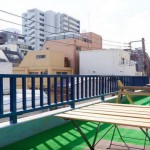 Located near the JR Asakusabashi, it is a great choice for lone travelers and for backpackers , dormitory beds from € 20 including tax.

A 10 -minute walk from the Tokyo Metropolitan Government Building with its observertories , a 15-minute walk from Shinjuku Gyoen National Garden and 7 minutes by train from popular areas like Harajuku and Shibuya to JR Shinjuku Station . 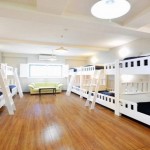 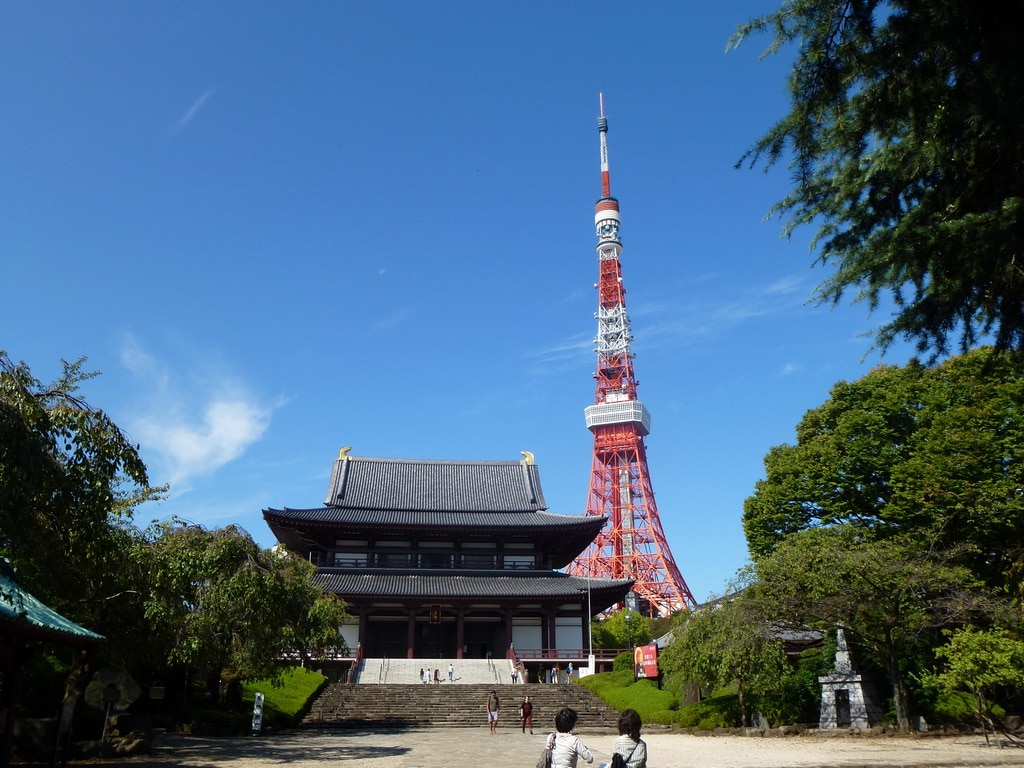 Nikko is a city north of Tokyo . It takes about 2 and half hours to reach by train . The city is famous for the mausoleum of the shogun Tokugawa Ieyasu . Here you will also find the famous three monkeys ” I do not see , do not speak , do not hear . ” Nikko is very different from Tokyo , it is surrounded by nature and is very but very much quieter than the capital.

The city of Kamakura, in the south of Tokyo and facing the ocean, can be reached in an hour by train. The city offers countless temples and a giant statue of buddha . In addition to the culture you can immerse yourself in the nature , covering the various paths through the woods on either side of the city. 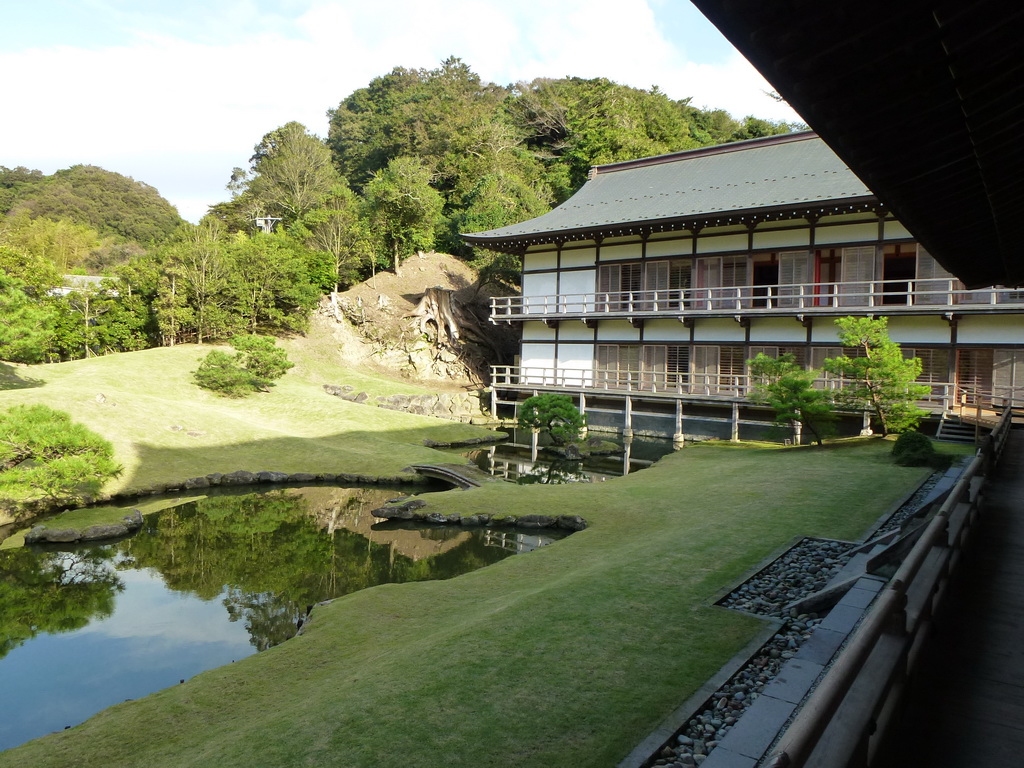 The last days of travel we will dedicate to the visit of the capital.
If you want to see Tokyo from up above , pay a visit to the metropolitan government building.

From the 45th floor of this building you can enjoy a 360 degree view of the city , without spending one yen . Other sights to include are the Sensoji Temple in Asakusa, the Tokyo Tower ( a replica of the Eiffel Tower ), the all-new Tokyo Sky Tree ( a telecommunications tower more than 600 meters high ), the Meiji Jingu temple and the gardens of the Imperial Palace. 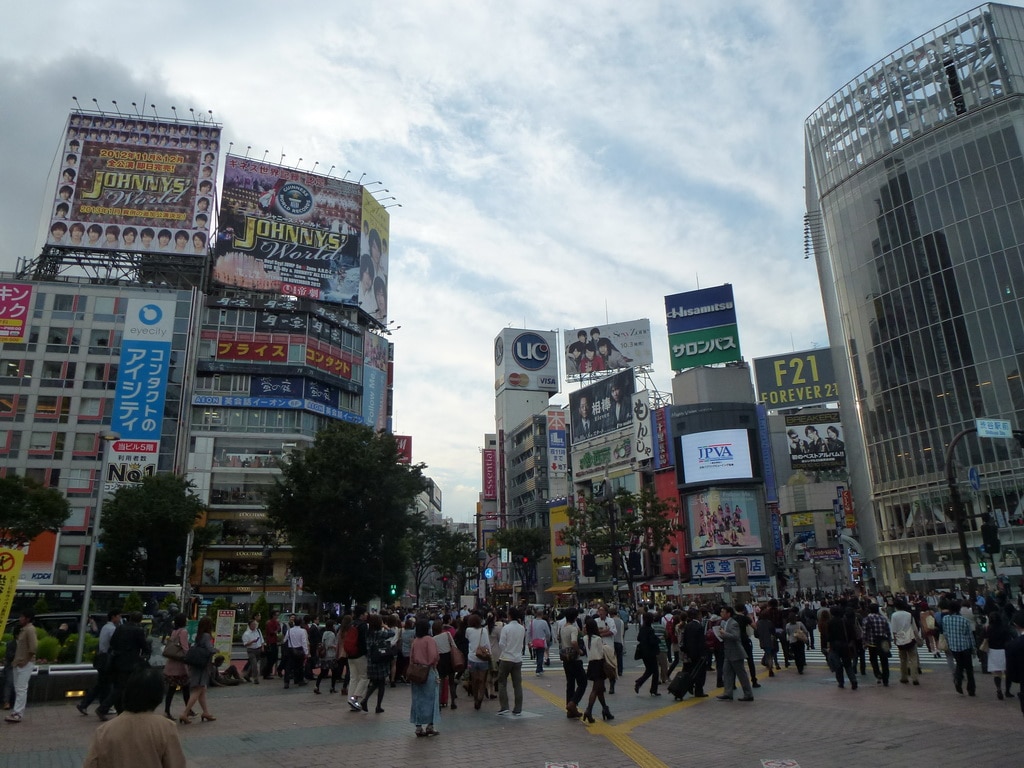 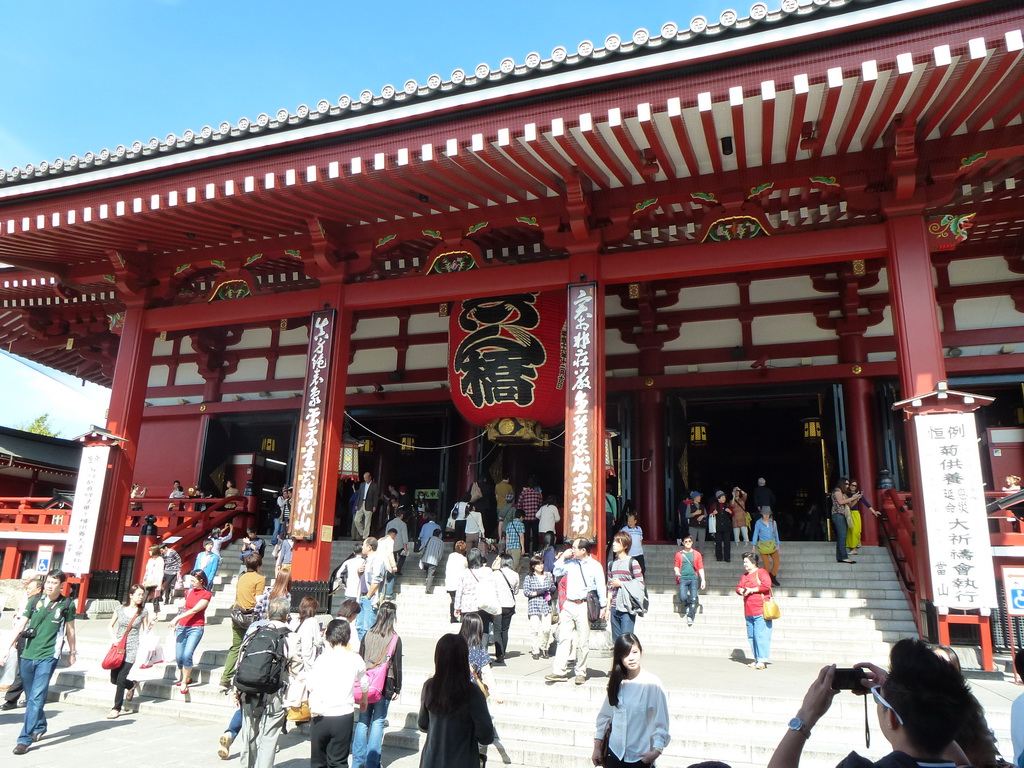 The airport of Tokyo is in Narita about 70 km from the city, easily reached by train or bus in about 35 minutes or more calmly (and spending less) with a local train in 75 minutes.

More info about Japan and budget

The best way to move around Japan are the trains. The rail network is very wide and there are hundreds of private companies. For a trip like this it is recommended the Japan Rail Pass. If you want to save money on transport between one city and another, there is the possibility to use the night buses. For example Kyoto-Tokyo costs about 5,000 yen, compared with the about 12,000 yen of the train. In addition, traveling at night can save you the cost of a hotel. For travel within the city use the bus in Kyoto and the train or subway in Tokyo.

The internal flights however are not recommended, as it takes less time with the train ( calculating also the time of check-in, etc.).

Costs are per person based on a trip for two people (sharing private room).

Double room without breakfast at the Hotel Kyoto Kokusai for 7 days – 19,200 Yen ( € 180 + )
Double room without breakfast Khaosan World Asakusa Hostel Tokyo for 6 days – 19,000 Yen ( € 180 + )
These are just two examples to look for hotels in Japan , among the numerous booking sites recommended: Agoda, Booking.com and Hostelworld if you’re looking for hostels.

Various temples and museums – about 7900 yen ( € 65) but this price varies depending on what you visit. Health insurance Variable but to choose one and eventually ask for a quote click here.

Eating at restaurants and buying food at the supermarket – about 3000 yen per day (€24).

Visiting Japan is not so expensive then as is rumoured around . You just need to organize well your movements by train transport , or even better using the night buses. Eating out does not cost much , if you want to save a little something go to supermarkets , where you can find excellent sushi , almost better than that of the restaurant . If you do not like fish , do not worry , in Japan they do not only eat that , but there are many other dishes based on pasta , rice and meat.

Guides and books about Japan

What to do in Copenhagen for free or almost 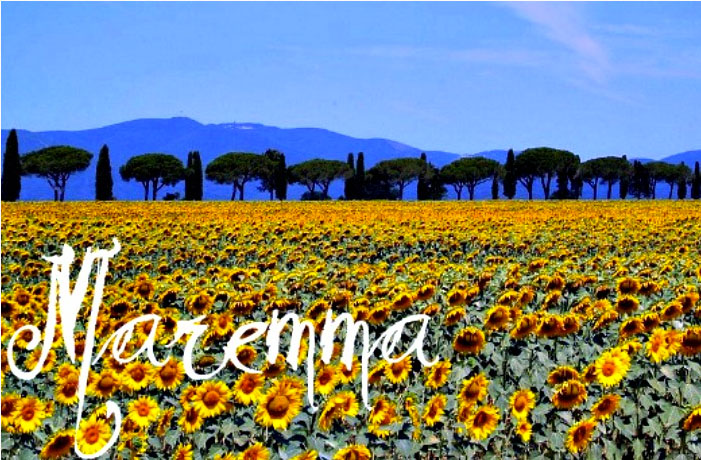 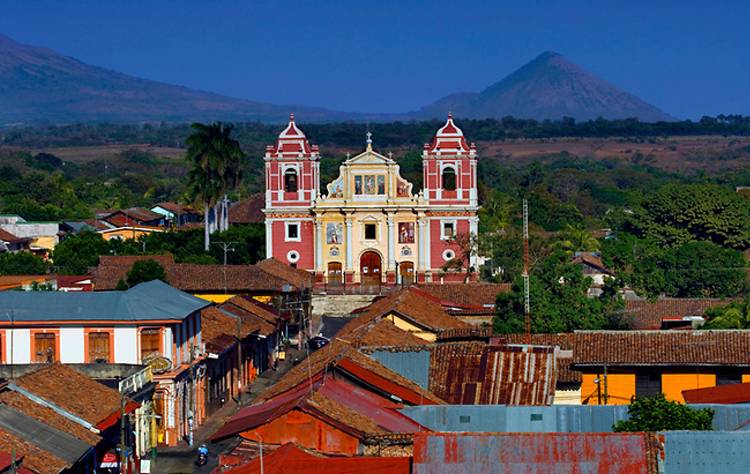 What to do in Nicaragua – A suggested two weeks travel itinerary 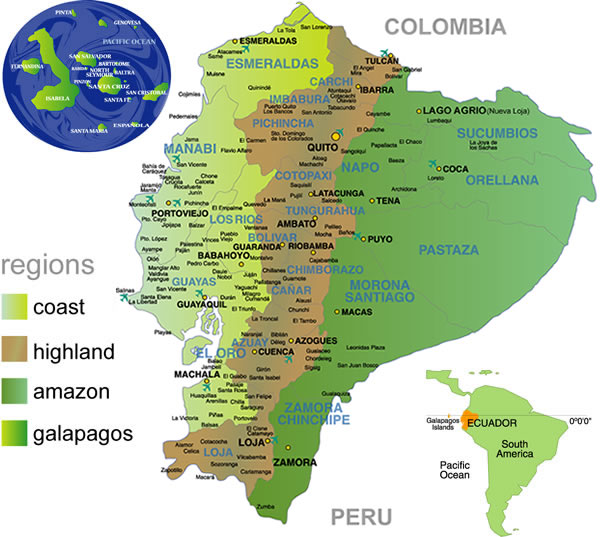