Is the Round the World ticket worth it? RTW Pros & Cons 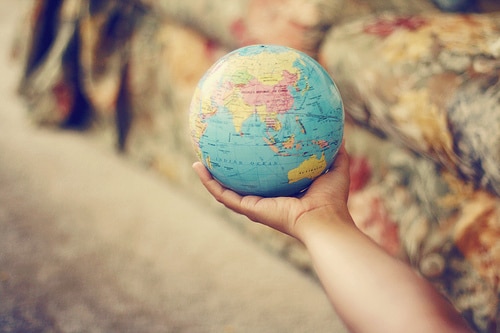 Traveling with a RTW air ticket, or the so-called infamous ticket that permits to travel around the world, or not?
I’d left with this ticket in this second trip but this choice has caused me to think in more occasions.

Hence, herewith is my story, but above all, it is the analysis of the pros and cons of a ticket of this type.
In June 2011 in Guatemala, I met Malcolm, an English of 35 who had been around the world for almost a year.

I remember him as an enthusiastic person and always full of energy, but above all guilty (or praiseworthy) for this my round the world trip, in fact, it was he who’d talked to me for the first time of the so-called RTW (Round The World) or a plane ticket made in specialized agencies that allows you to literally fly around the globe touching the most varied destinations at favorable prices to the limit of incredibility.

In July 2011, I signed my pact with the devil. A few minutes after I had paid by credit card, I received an email with a pdf attachment that informed me that from then to 3 months my world tour would have started.
Chosen route: London / Bangkok – Bali / Adelaide – Sydney / Fiji – Fiji / Christchurch – Auckland / Santiago – Rio de Janeiro / London.

But how much would this little joke cost? And how much am I really saving? 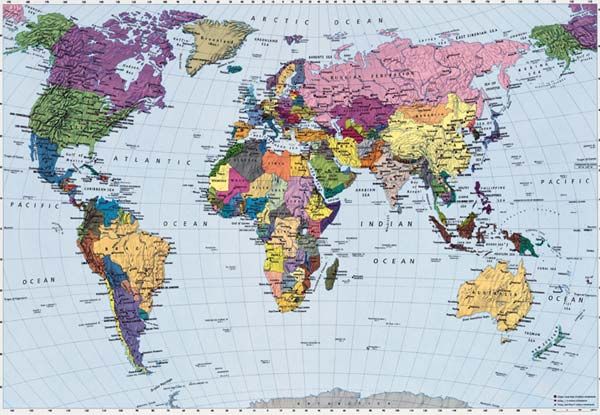 To do all this I had paid just over €2000, but how much would I have paid if I had bought the same routes myself and in those same periods?
Before paying agency fees and various price increases I had obviously done the necessary calculations.
The cost difference between the RTW ticket and tickets DIY is about € 1000.

The convenience does exist then, without caring too much about the limits and benefits of this ticket and convinced of my choice, I condemn myself voluntarily to a journey of at least another 7 months and with no possibility of return or of hypothetical changes of mind proceeding with the purchase.

From the initial seven months, I stretched the trip to 12, arriving to the maximum allowed by the ticket. At a distance of 2 and a half months from the return, I was practically halfway on the route when I decided not to return and to travel for another 6 months, eventual cost and the possibility of return ticket in March or April: € 700. I was still spending less than I would have if I had bought the tickets myself.

Therefore, so far it seems that this ticket is the best choice if you decide to take a trip around the world, covering many destinations and saving on flights, but there are some “buts”.
In these years of travels I have often thought of the usefulness of a ticket of this kind.

I have met hundreds of young people who were traveling with this type of ticket, but I have also met others who were going around the world anyway without having an agency behind them and with flights booked months in advance.

Being part of a group who flies with RTW and having experienced it, understanding also the reasons of those who prefer to travel without, I have come to my conclusions, identifying the pros and cons of a RTW ticket.

Could be cheaper – There is little to do about it, I have tried to find better rates than those of this ticket but I have not found any! If you want to go around the world this is the most economical and practical solution. Great rates and excellent airlines.
Validity of 12 months – Not everyone can travel around for more than one year, generally most of RTW travelers do it for about six months, so the limit of 12 months is more than enough and few are the cases of those who do not go back in time.

Assistance – The date or destination changes are done directly from the computer writing an email. Usually, subject to availability, the change is done within 24 hours and you do not have to worry about anything except to thank them for the fast work.

Changes of dates for  free – Actually here I must commend the roundtheworldexperts.co.uk agency that, at that time (2011) used to be the only one that does not charge a single penny for the changes of air-travel dates. Most of the RTW agencies charge from £ 25 to £ 35 per change. If I had had to pay for changes done I would have had to pay £ 350 while I have never paid anything despite the six changes of dates requested.

Exit ticket – In some countries we cannot go in unless we have a plane ticket that certifies our exit from the country. It had happened to me on several occasions and a RTW ticket showing that I would have flown away had allowed me to avoid these problems at the entrance checks. Even if you know you will not fly on a specific date because you will in fact change it, you have a document that certifies that on a certain day, you will leave the country or continent. If you do not have an exit ticket in these cases at airports or borders present instantly bus or flight tickets certifying your departure.

£1800 RTW doesn’t mean all transportation costs at £1800 – The round the world ticket is done in order to get you to arrive in a place and to leave from another country, all domestic travel are at your expense. If you find yourself, to your misfortune, with no money and you need to work and to stop for longer, you will lose the other flights, and so eventually the entire ticket. Travelling for 12 months without interruption means to have a substantial budget and not afford to stay in one place for too many months.

Not very flexible – By paying you can change destinations and dates (in the case of roundtheworldexperts.co.uk it is free for the dates) but the sense of your trip must be in one direction and you cannot go back. But what if you fall in love with a country and do not want to leave anymore? Or change your mind and want to visit countries other than those you wanted to visit at the beginning?
It happened that I wanted to reach friends in India but I had to give up the idea because I had a route to follow and to go to India would have meant to stay for 2 months that I did not have to spare, and that would have literally upset an itinerary already outlined, even though vague.

You have to hurry – 6 months seem a lot, let alone a year, but when you travel time goes faster and you will find yourself spinning without interruption. Think you can go round the South of America in 5 months? Mistake! You have many airline flights waiting for you and for however many times you can change the return date, in general you will do it only at the last minute or if you really realize you will fail to arrive on time. The world is big and getting from one end to the other means often to not stop around for more than 4 days.

Too many stops and little time – In a year if you want you can visit many countries but if you do not have months to spare, what sense would it be to go on a trip around the world in 30 days? For the pleasure of flying from one city to another? If you only fly to the capitals and do not go on the discovery of the country, can you really say to have been in that country? Is it enough for you? If you have only been in Paris can you say you have been in France? To me this would not be enough, and I would see it as a limit rather than a benefit. Someone told me to have visited 40 countries then when I found out that he had visited 40 capitals, is this what is meant for around the world?

I had bought a RTW ticket, the little flexibility and the impossibility to change destinations was one motivation that led me to visit countries, including New Zealand, where I probably  would havenever gone of my own free will and that, until the day it was offered to me on the travel itinerary, I had never contemplated as a destination.

On the other hand I have lost the return ticket because I didn’t make it in time to take the flight and I had not given due weight to the size of South America, but this has little to do with the RTW ticket itself.
Happy or not?
Absolutely happy to have traveled with this ticket and to have saved around € 1,000 on what I would have spent if I had done it all by myself.
I have not taken into account the variable Giulia, who disrupts the plans ( like losing the return ticket and then spend these 900€ eventually to buy a one way ticket to Europe almost 2 years after the lost flight), but in general, happy for this experience.

On the other hand, however, I realized that it would be better to savor the countries where you travel without having to rush to get to the next airport, and that it is lovelier to suddenly change one’s own decisions and not to have a sense of guilt or even less to feel obliged to leave.

I’m glad to have traveled with this ticket and, as a first time it was really very nice, a kind of fast lap of the recognition of the world, but for all next trips I will do it by myself.

If you too have traveled with a ticket to travel around the world I’d like to know what you think. Would you do it again? Is it worth it?
Leave a comment!

Lisbon the city of light - A guide to Lisbon